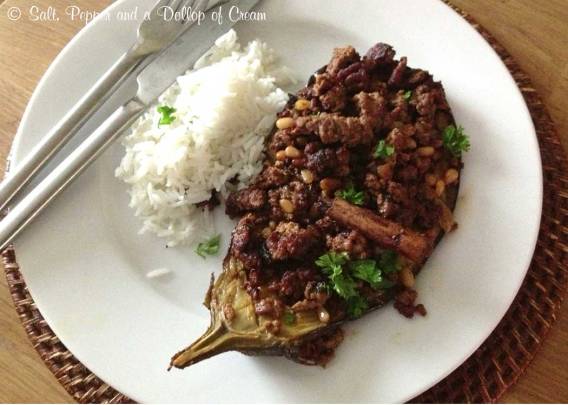 I was quite delighted when I recently received a copy of Yotam Ottolenghi and Sami Tamimi’s Jerusalem as a present for my birthday as I’m completely taken with it.  For those unfamiliar with the authors, they both hail from Jerusalem but didn’t meet until they moved to London and are now business partners combining their cultural backgrounds and influences into their restaurant, Ottolenghi. 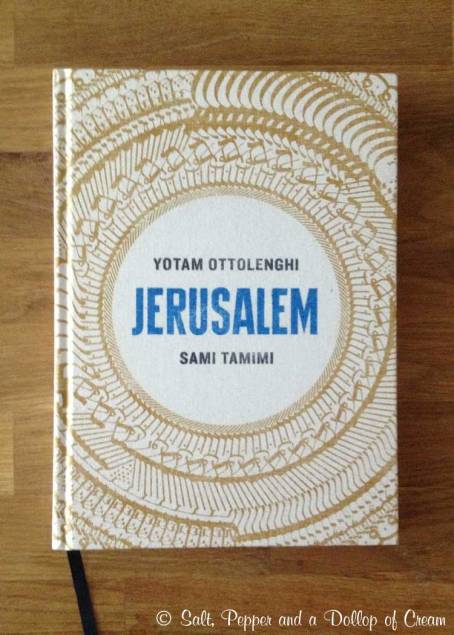 I already have Ottolenghi The Cookbook in my possession but have sadly never cooked from it.  A friend raved about Jerusalem so I dived into it seeking inspiration.  It didn’t take long!  The book is not only full of gloriously tempting recipes but is also a discourse about Jerusalem the city, the diversity of its people, the origins of its food.  This is a book that you can even take to bed with you to feed your foodie dreams for the night let alone fill your stomach during the day!

I have to share with you the dish I cooked from the book last night – Stuffed Aubergine with Lamb and Pine Nuts.  As I was only feeding myself and Hubbie, I cut the ingredient portions in half and used only one large aubergine between us.  It was enough as we were both stuffed to the proverbial gills afterwards. Yes folks, this is a plate cleaner and I strongly urge you to give it a try!

I’d love to hear if you make it or have made it already and what you think of it!

5 comments on “Stuffed Aubergine with Lamb and Pine Nuts” 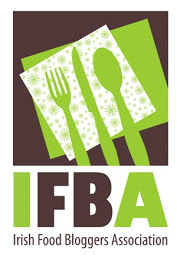